Jessica Moser Eldred, Founder & Chairman of the Board

Jessica’s first introduction to foster care was as a young teenager. Her sister Rebecca was a social worker and during this time, the late 80’s, foster care was a bit different.  Because of that, Jessica was often around many of the foster children Rebecca served.  Always admiring the passion her sister had for her foster children, Jessica also saw how difficult it was and felt it was a field that she could never emotionally handle.  However, it was that exact area Jessica’s life took to focus on in 2011 when she and her family started the nonprofit, Becky’s Kids. Today, Jessica’s passion for teens in foster care has only grown, seeing first-hand the difference introducing genuine love and compassion has on the lives of foster children.

Jessica has four children Kalen, Charis, Emery, and Leyton.  It is her love for God and her own children that guides her actions with each teen Becky’s Kids serves, and she hopes to do her part to give these teens every chance to succeed, dream and know they are loved. 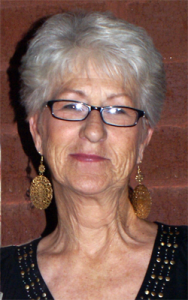 Ann Moser is the Mother of Jessica Eldred Founder of Becky’s Kids and Rebecca, honoree of the nonprofit.   Moser was Director of NADC Aging Program for 36 years, retiring July 2011.  Ann managed a  half-million dollar budget that provided services to persons 60 years of age or older.  Ann has been married to L. D. Moser and the couple celebrated their 50th wedding anniversary in August 2011.  Their son, Shayne Moser is Board Member in Melbourne.   Ann and L. D. have 10 grandchildren and 1 great-grandchild. 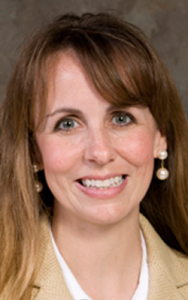 Senator Missy Thomas Irvin is serving her first term in the Arkansas Senate. She is the chairman of the Senate Interim Committee on Children and Youth for the 88th General Assembly. Elected in November 2010, she currently represents District 10, which comprises Fulton, Izard, Randolph, Sharp, and Stone counties and a portion of Independence County. During the 88th General Assembly, she serves on Senate Public Health, Welfare and Labor; Senate Transportation, Technology and Legislative Affairs; and Senate Rules, Resolutions, and Memorials. She is the first alternate for Arkansas Legislative Council and Legislative Joint Auditing.  Irvin and her husband, Dr. John Dawson Irvin, have lived in Mountain View for 13 years and are members of First United Methodist Church of Mountain View. Together they have four children, Allyn, Hennelly, Josie, and Ike. Currently, Senator Irvin works with her husband in his medical clinic.

NOTE: There are 3 vacancies on the Governing Board with interviews underway to fill the positions.